The “Christuskirche” (Church of Christ) is the first church to be constructed in Russia since the October Revolution. It plays an important role for all those Germans remaining in Russia and who have been living here for generations because it forms a centerpoint in their lives and a place of Russian-German encounter. The realisation of the church centre is an example of a Russian-German joint venture. The design was developed by a German architect in collaboration with the head of the Municipal Planning and Building Control Office in Omsk as well as a Russian engineering office. The construction was executed by local companies with regional materials.

The “Christuskirche” was awarded the 3rd prize in the Allrussian Architectural Competition in Moscow 1996 and has been mentioned in numerous publications in Germany and Russia. “But the spatial-constructional arrangement of this church room reminds us of an intellectually as well as a economically equally difficult period, of a destroyed Germany in 1948, when a number of so-called emergency churches were built. The architect of these altogether 48 churches, Otto Bartning, also an eloquent “preacher”, once wrote: „ The churches are modest on the outside, seem almost fortified, but they function as a first sign of a renewed ancient order. They are plain on the inside…

Everybody will feel clear-headed and simple, humbly proud in this room. And thus, a sense of community is developed.” “The Emergency Church abides to its own law, which has subconsciously obliged us to build them in a long-lasting and economical manner, which is neither arrogant nor without courage, neither traditional nor ingenious, but simple and honest. And thus, stone had to be raw stone, wood had to be grown wood and steel undisguised steel…“ 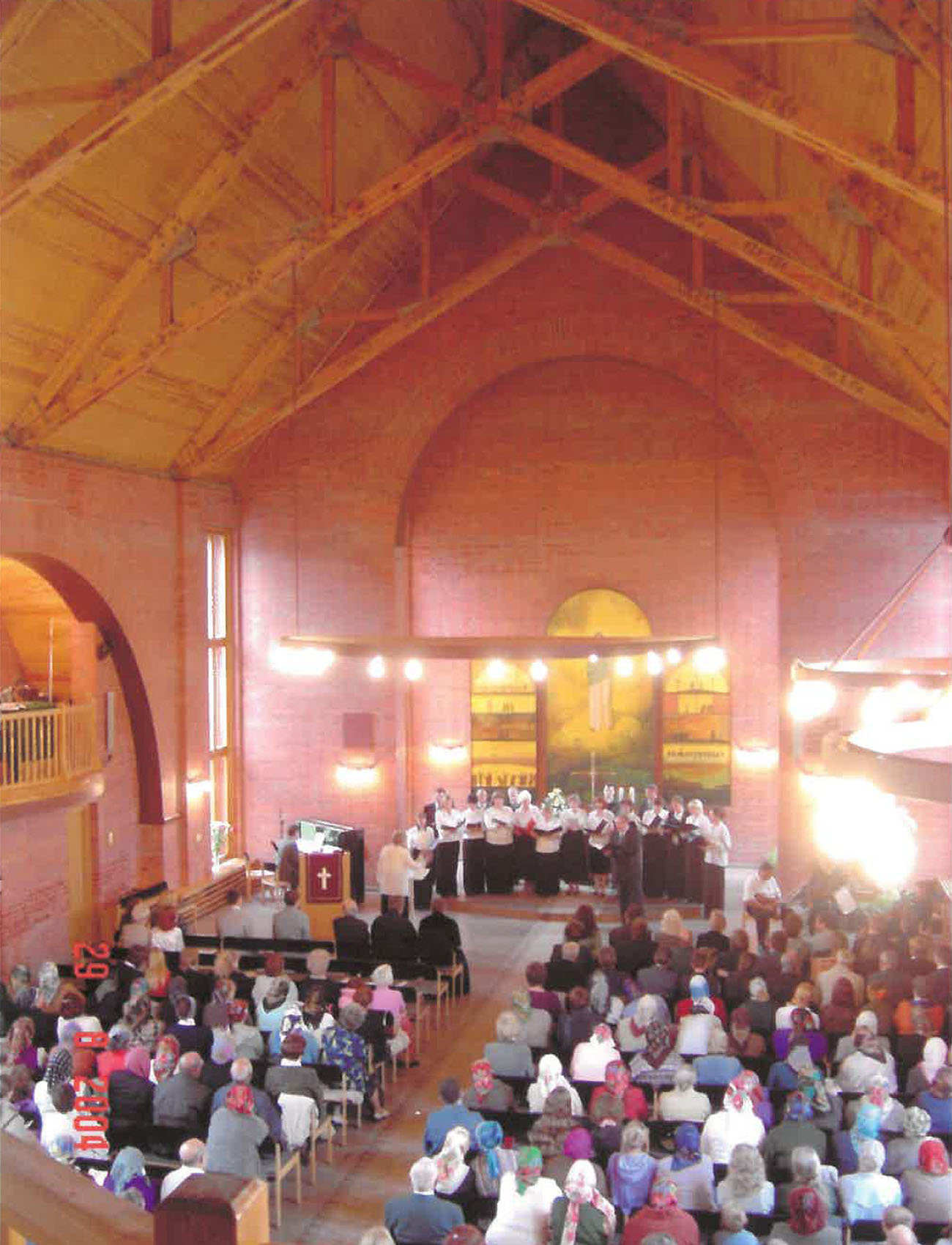 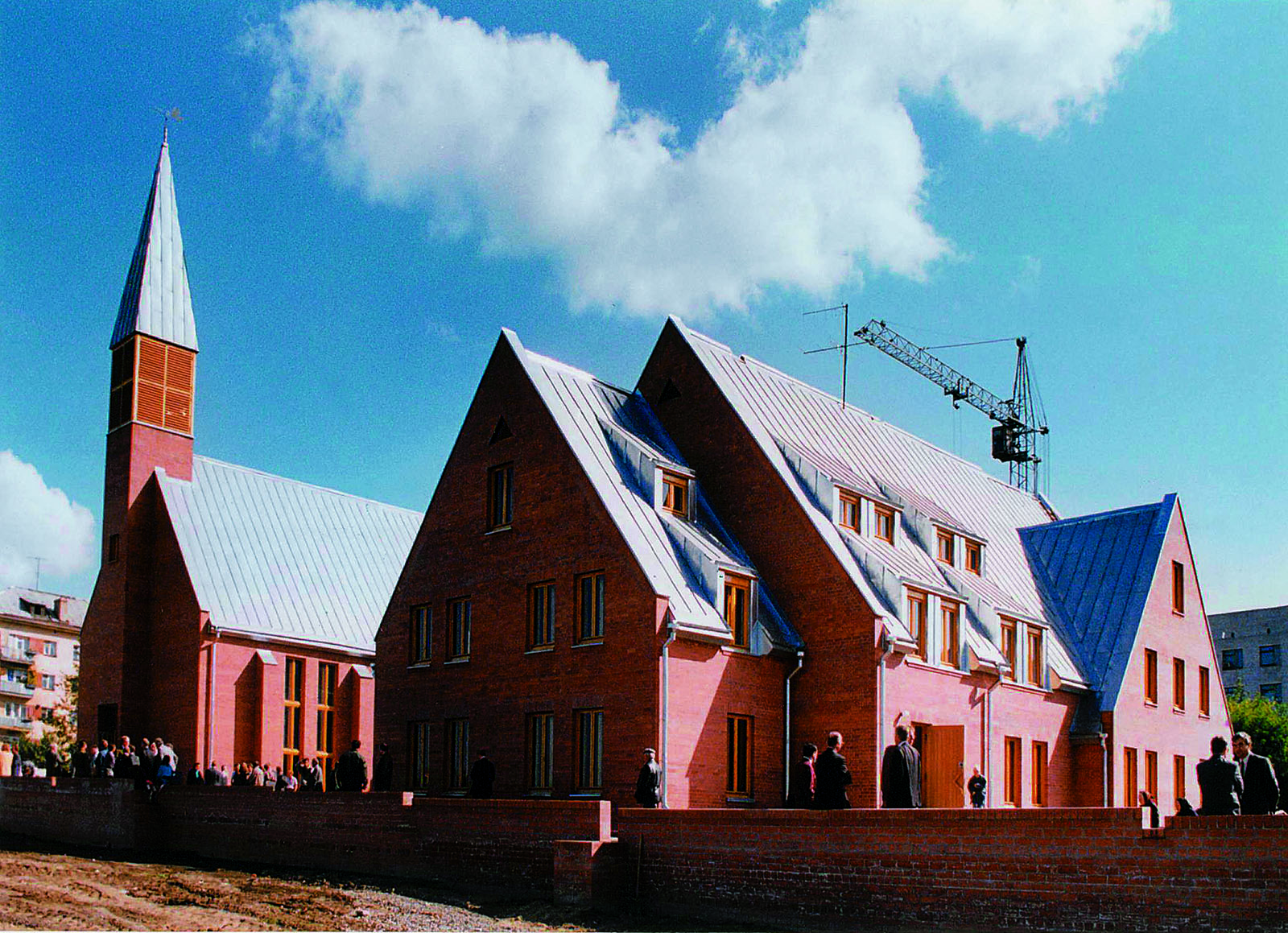 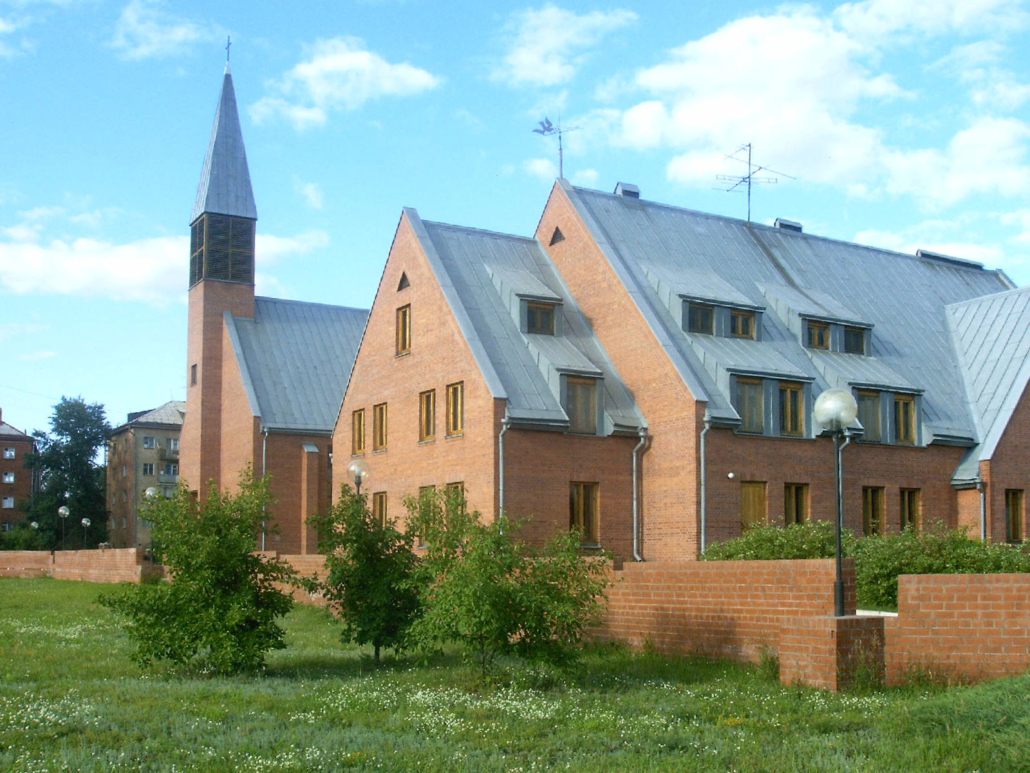